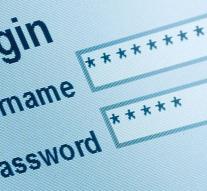 - The General Intelligence and Security Service (AIVD) is increasingly common cases of cyber espionage against. Hackers and foreign intelligence agencies who are looking for valuable information, penetrate the systems of Dutch companies within.

The growth of cyber espionage and cyber crime reveals the AIVD great concern. " The number of inquiries is increasing every year rapidly increased ", said Marc Kuipers, the second man of the intelligence service, Sunday in the KRO television program NCRV Focal Reporter. " Under every stone we look, we 'll find something. And that 's what worries us, because we look not nearly under every rock. "

Especially intelligence from Russia and China, according to the AIVD active in the field of economic cyber espionage. " These countries really belong to the Champions League ", enables Kuipers. He notes that many companies do not have their cyber defense in order.