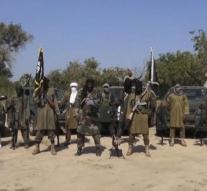 lagos - One of more than two hundred schoolgirls were abducted by terrorist group Boko Haram in 2014 in northeastern Nigeria, Saturday found by soldiers.

The girl was found in Pulka, in the northeastern Nigerian Borno region, near the border with Cameroon. The army was there looking for children who may have escaped from the base of Boko Haram. The girl was wearing a ten month old baby along with it.

In mid-October the Boko Haram fighters showed a group of 21 schoolgirls free, after the Nigerian President Muhammadu Buhari said to redouble efforts to release the kidnapped girls and women.