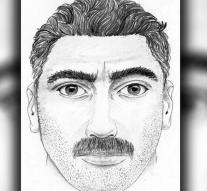 - The Belgian police are doing everything to find the man who tried to kidnap a 17-year-old in the southern city of Bouillon, in the Belgian province of Luxembourg on 7 August.

In the search for the man who seems to be railless so far, the police have distributed a compilation bill.

The victim, a 17-year-old girl, was arrested a week ago around midnight by a man who just got out of his vehicle. The girl could loosen herself and flew her guardian in a car with a Belgian registration number. Presumably, it was a light gray Opel, reports the police.

The perpetrator is a man aged between 30 and 40, probably of North African origin. He is approximately 1.80 meters tall and normally built.

He has dark eyes, black light curly hair, dark and heavy eyebrows, a beginning beard and black mustache. This can be read in the police investigation report, which hopes that the information, together with the compilation bill, will lead to tips.