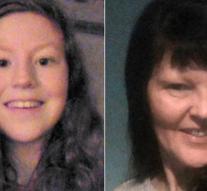 amsterdam - A 15-year-old British girl was Monday found guilty of the murder of a mother and daughter. The victims were asleep when the teenager struck with her boyfriend and brought the two brutally killed.

The victims, the 49-year-old Elizabeth Edwards and her 13-year-old daughter Katie, were found in April this year in their house in the city of Spalding in the English county of Lincolnshire.

The 15-year-old boyfriend of the girl confessed to the murders last week. The couple, who was fourteen when the murders were committed, is one of the youngest couples ever to stand trial for murder.

Details about the murders are gruesome. Edwards was stalked in her bedroom by the boy, which he stuck a knife into her neck. Then he strangled the woman. The girl was then killed. She was also surprised by the boy in her bedroom and then stabbed to death. The girl did not physically participate in the killings, but would have acted as a driver.

After killing the lovebirds took a bath, they drank alcohol and had sex. Then they installed themselves on the couch to watch a Twilight movie. The girl said during interrogations that they wanted to know how it felt sometimes to murder someone.