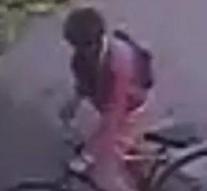 london - A 14-year-old girl was brutally raped last week during a 'horrific attack' in a park in southern London. That brought the English police on Saturday.

Between 09.00 and 13.00 local time, the girl was attacked on a remote part of Avery Hill Park on Monday, September 4th. The perpetrator is a dark man of twenty with short black hair and mustache. He wore a sandy pants and dark shoes. He also had black sunglasses.

A police spokesman calls everyone in the area to look out for the man. 'If anyone has seen something suspicious, let us know. My team is waiting for your call. '