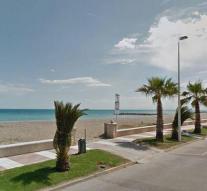 grao de moncofa - A 11-year-old is caught by a shark at a Spanish resort. She is currently in the hospital, where she is being treated for her injuries. The young victim was swimming when the animal struck and caught her foot.

The attack took place last Saturday in the Spanish town of Grao de Moncofa, a popular tourist resort. After seafarers took the girl out of the sea and tried to stop bleeding, she was transferred to the nearest hospital.

The mayor of the town says to Spanish media that the shark in question was about seventy centimeters long. The sea and the beach were initially evacuated, but when the animal was no longer seen, the walkers were allowed back.

It's the first attack of a shark in ten years time in the area, say the authorities.