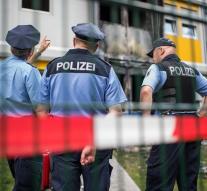 - The German Interior Minister, Thomas de Maiziere, demanding more police and video surveillance on the streets of Europe. He also wants to rapidly expand criminal refugees. That would be in a design that the minister presented to his colleagues in the European Union. The plan is a response to the four violence that hit Germany last month.

De Maizière wants to appoint inter alia 15. 000 additional police officers at home and abroad until 2020. It would also complete scrambling and financing of mosques to be banned by extremist organizations. The minister also wants dual nationality of Germans who join terrorist groups can take away easily.

Earlier, Germany alone took more security at airports and train stations and was performing random checks in border areas, as a result of the four incidents.


The bloody attack in Munich is regarded as the most recent attack. The perpetrator of the shooting, a depressed student, shot nine people dead in mid-July. Through a series of attacks have been in Germany since July 18 eleven people dead and dozens injured.