Home / World / Germany may not turn Tunisian off 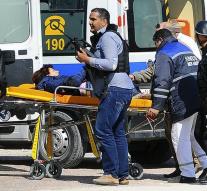 frankfurt - Germany may not expel a Tunisian who may be involved in a bloody assault in his native country to Tunisia. A court in Frankfurt stuck there because there are no guarantees that he does not get the death penalty in Tunisia.

It's about a man arrested in February because he would prepare an attack in Germany. He was also sought by justice in Tunisia because he would have been involved in the attack at the Bardo Museum in Tunis, causing 21 tourists to die. Germany therefore wanted to send him to Tunisia.

The court ruled in April that Tunisia had to first give assurances that the man will not receive the death penalty. Because a note of the Tunisian government does not provide a waterproof guarantee, that requirement is not met.