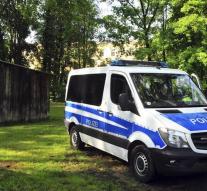 potsdam - The seventeen-year-old Syrian who was arrested in Germany on Tuesday because he had planned to commit a suicide bomb in Berlin was released on Wednesday. The suspicions are not as strong as initially thought, according to the judiciary.

The asylum seeker was arrested in the Uckermark region, north of the German capital. This happened, among other things, after a tip from his family that he had been radicalized. In a WhatsApp message he had say goodbye to his mother because he joined the holy war.

Justice reported Wednesday that that text could also be translated. The authorities had taken early action to exclude risks to the population, called it.