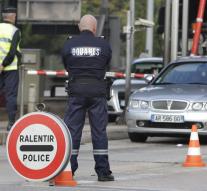 - The German Government sees nothing in the plan of the Netherlands for a mini Schengen zone. "Our approach is different. We have to try with those countries in the Schengen area to get done," said a source from the German government Friday.

Minister Jeroen Dijsselbloem (Finance) said Friday that he keeps open the possibility that within the European Union is a hard core of countries that keep their borders open, but strictly guard the borders with other EU countries. In the core countries are the " who bear the heaviest burden in the asylum crisis, because in them get the most refugees shelter. " These are Sweden, Germany, Austria, Belgium and Netherlands.

The German Government said that we are working hard to protect the external borders of the European Union better.