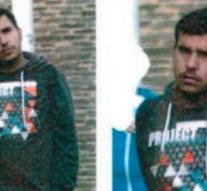 - The manhunt for the alleged terrorist Jaber Albakr was extended in Germany. In Chemnitz Sunday heard an explosion, possibly in a raid by the police. At the Berlin airports Schoenefeld and Tegel is extra police presence. Cars, taxis and buses are searched by heavily armed agents.

The 22-year-old prime suspect, born in Syria, is still missing. At his home in Chemnitz were Saturday after a tip from the national intelligence, explosives found were probably intended for a terrorist act of violence. A pipe bomb and a bomvest was found. Also, there would be found a large amount of the highly explosive TATP.

According to German media Albakr had a German airport in sight.