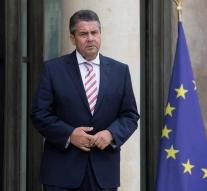 berlin - The Turkish ambassador in Berlin was called on the mat on Wednesday and the German Foreign Minister Sigmar Gabriel interrupted because of the tensions with Ankara's holiday. The ambassador is understood that the recent arrest of a German human rights activist is not acceptable.

According to German media, the ambassador has promised to transfer the requirement to release the activist and some fellow citizens to Ankara. The German Peter Steudtner and nine other human rights activists were arrested in Istanbul on Wednesday, July 5th. They are now accused of 'supporting an armed terrorist organization. 'Four of the activists were released pending the lawsuit. The others are stuck.

Minister Gabriel is expected to be back in Berlin on Thursday.