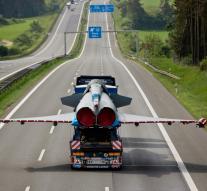 - If it is a small majority of the Germans , there is a limit set on the Autobahn. Well quite high , namely 150 kilometers per hour.

According to YouGov . the partners are Germany, Afghanistan , North Korea and the Isle of Man the only places on Earth where no speed limit.