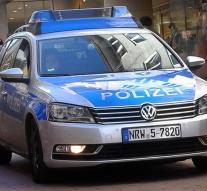 - Germany is investing in the next four years, 876 million euros in its security. Nearly half of that budget is spent on its own satellite for the security service BND, which cost more than 400 million.

Multiple media report Friday that 4,300 jobs relax in the security sector. In particular, can count on the federal Bundespolizei considerably more support. The pressure from the migratory crisis and the threat of terrorism provides the police coming year 1970 new jobs. That should eventually 3250. The Bundeskriminalamt, the Federal Criminal Police Office, can take a total of 820 new employees in 2017.

The spy satellite for the BND is the largest project. The satellite will be developed with the help of the army and the German Institute for Aerospace. The security was satellite hitherto dependent counterparts, including in the United States.