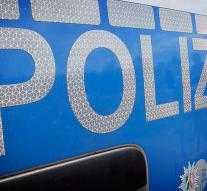 - A fifteen year old boy on Wednesday in the southern German town of Ludwigsburg arrested on suspicion of preparing an attack. His school would have been the intended target.

The teenager was bullied, collected weapons and had a penchant for violent games. Police in the town north of Stuttgart discovered knives, daggers and bullets in his parents' home. Also found a large amount of chemicals and instructions for making bombs.

The reason for the search was a series of messages that had sent the boy through social media. In it he appeared to be on violence. He would have instant contact with the gunman who killed nine people Friday in Munich, but there is no evidence that he was aware of his plans.


The student admitted that he to had planned because of personal problems amok, but that he had already distanced from that idea. He has now voluntarily committed himself into a clinic for youth psychiatry.