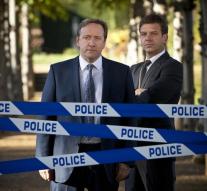 - German sports fans that Sunday night would watch their favorite Olympic sport, got a rude awakening. Due to a fire, the International Broadcast Centre (IBC) was evacuated and the ZDF had to interrupt the sports program, because the staff needed from the property. As a substitute the crime series Inspector Barnaby aired, says German media.

Barnaby enthusiasts who wanted to know who had committed the crime, had their turn of luck. After fifteen minutes of the Olympic Games broadcast was resumed. Some crime enthusiasts complained on Twitter because she had to miss the end of Barnaby.