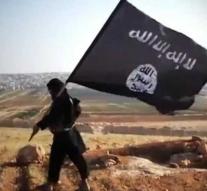 baghdad - An Iraqi court sentenced a German woman to the death penalty. The woman with Moroccan blood had joined Islamic State. That reports a spokesman for the court.

The woman traveled from Germany to Syria and later on to Iraq to join the terrorist organization. According to the spokesman, the defendant had helped IS during actions and participated in an attack on Iraqi security forces. Iraqi troops caught her during the battle of Mosul last year, said the spokesman, who did not mention her by name.

The German is the first foreign woman who has been sentenced to death in Iraq for membership of the militant group. According to the court, the jihadist is hanged according to the Iraqi anti-terror law. The woman can still appeal against the verdict.