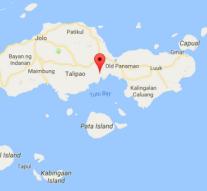 - A septuagenarian German, according to the Philippine army kidnapped by Muslim extremists from his hunting. His girlfriend was killed. The terrorist group Abu Sayyaf is said to have the man in hands.

Soldiers found the yacht with the corpse of the woman Sunday off the coast of the southern province of Sulu. The area is considered very dangerous. Abu Sayyaf has since kidnapped more vacationers and fishermen to extort ransom. Among them is also a Dutchman Ewold Horn, who is held hostage since 2012.

In the spring two Canadian hostages were beheaded, because there is little or no ransom would be paid. A Norwegian who was kidnapped along with them, however, was released in September.