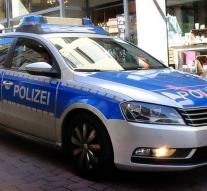 berlin - German police on Tuesday night shot dead a 29-year-old resident of a refugee center in Berlin. The man had a fight with an inmate allegedly abused his eight year old daughter.

The other occupant (27) was just in handcuffs removed by the police when the man with a knife approached him. He would have been called according to witnesses, \'This you will not survive!\' German media report.