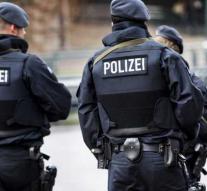 berlin - The German authorities have arrested a man on suspicion of preparing a bomb attack. The police arrested the 31-year-old Russian Magomed-Ali C. in Berlin. The criminal investigation department was supported by anti-terrorist unit GSG 9, reports the Public Prosecution Service in Karlsruhe.

Researchers have also searched the home of C. He is suspected of having worked with a man who is currently in France. This Clément B. last year with his arrest several firearms and 3 kilos of the explosive TATP with him.

It is unclear where and when the attack should have taken place. The goal would have been to kill or injure a large number of people, says the Public Prosecution Service.