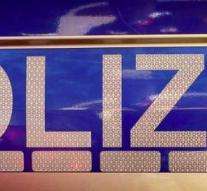 schwanewede - The German criminal investigation department will drain a small lake near Bremen to get evidence in a murder case. With this in-depth approach, the Ministry of Justice thinks that the issue of the disappearance 25 years ago by Jutta Fuchs is finally being resolved, reported local media. The main suspect is her former fiancée.

The police assume that Fuchs was murdered by her then partner in 1993, but her remains were never found. Who hopes to find the detective on the bottom or possibly the murder weapon or other important evidence. In 1994 a fisherman found a bag in the lake that had been hardened with stones and contained personal belongings from Fuchs. There were divers in the same year and again in 2006, but without result.

The detective hopes that pumping out 20.000 cubic meters of water from the Tietjensee near Schwanewede will be a breakthrough for the research. The lawsuit against the 58-year-old prime suspect was initiated in August. He denies all accusations.