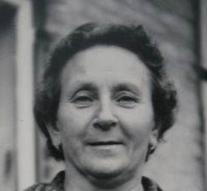 flensburg - German police have solved the murder of a woman after 34 years. A 51-year-old man has confessed that he was the 73-year-old Erna Ganz robbed in 1982 and strangled. He also denies sexually abusing, as published by the German police Thursday.

The police arrived the man on the track by his own doing. He sent a message to someone around him that the police had to face and that would show that he had something to do with the murder in the house of the woman in Schleswig.

He was arrested after a DNA test and he admitted that he had committed the act at the age of 17. The man has a family and lives in Ostholstein, a region about 40 kilometers from the scene of the murder.


Because the man was a minor when he committed the murder, the case is heard by a juvenile court.