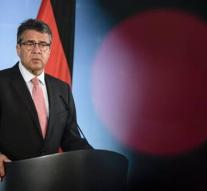 According to Der Spiegel, Gabriel had stated in the letter that President Recep Tayyip Erdogan's policy 'completely violates our European values ​​and requires a clear answer. '

Gabriel therefore proposes to reduce accession aid for Turkey and to restrict provisions to promote democracy and the rule of law. Furthermore, the European Investment Bank should not enter into any new business with Turkey, according to Gabriel.

CSU leader Horst Seehofer, CDU party chairman Julia Klöckner and FDP leader Christian Lindner had recently expressed their support for Turkey's accession support. Turkey would receive a total of 4.45 billion euros in the period 2014-2020. Of this, only a small part has been paid so far.