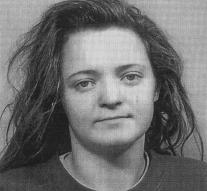 - After nearly 250 sitting days in the Munich trial over a series of racist murders puts the prime suspect Beate Zschäpe (40) Wednesday finally a statement. The German media throng to hear what the woman who belonged to the National Socialist Underground (NSU) has to say.

She herself does not speak. Her lawyer Mathias Grasel read the extensive explanation. If the judge wants to ask questions about it, she keeps her mouth Wednesday, according Grasel. She answered questions in writing at a later date.Zschäpe literally breaks through not so silent. But it is expected that the declaration sheds more light on the very dark matter. Zschäpe would together with Uwe Mundlos and Uwe Böhnhardt terrorist trio, the NSU, have formed. They would have killed ten people between 2000 and 2007, bombings and robberies committed. Mundlos and Böhnhardt died in 2011.
NEW