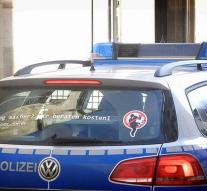 rostock - A 49-year-old man from the German Rostock has a month long lived with his deceased brother. The dead brother was sitting at the kitchen table until the surviving brother called the police. He caught the scent of the now decaying body no more, write German media.

The man wanted to live with his deceased brother in order to cope with the loss, he said. After investigation found that the 45-year-old man died of natural causes.