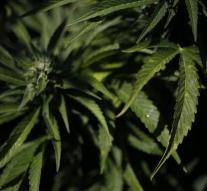 bonn - For the first time received a German permission for growing your own cannabis for medical use. It is a 53-year-old man who suffers from multiple sclerosis and suppress the symptoms with the weed.

The man in the city of Mannheim shall annually 130 plants' bundesland weed 'growing in his bathroom. The German medical authority has hitherto always forbidden of growing cannabis. About nine hundred people who use medical cannabis in Germany depend on the pharmacy, where they pay for a gram of approximately 150 euros.

The patient had complained in Mannheim at various authorities that he lost a year around 1500 euros and that he can not afford it. A court had previously decided that the man had to get permission.