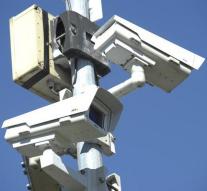 berlin - The German government wants more surveillance in public places, including systems that can recognize license plates of cars and body cams for runners. The Cabinet approved Wednesday a number of proposals to this effect by Interior Minister Thomas de Maiziere (CDU) well.

The measures must promote safety and following several outbreaks of violence last summer. So putting a right-wing extremist in Munich nine people dead, a Syrian blew himself up in Ansbach after he had been told he would be deported and wounded a seventeen year old boy in the name of Islamic State five train passengers with a knife in Wurzburg. He was shot.

Opposition party Die Linke responded sceptically to the plan. The directors of the SPD and the Greens, who have made clear Wednesday just shots in the capital Berlin that the surveillance is not extended. However, at this moment more officers on the street sent.