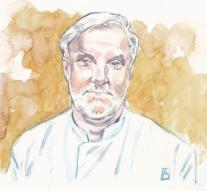 - The German government will now impose stricter requirements on naturopaths. Not only themselves, but also their treatment methods in the future be subject to additional terms and conditions, the German newspaper Die Welt writes.

Protect patients from quacks is back in the spotlight since three cancer patients from the Netherlands and Belgium of the German naturopath Klaus Ross deceased during their treatment.

The Health state ministers had asked for stricter rules for alternative healers. The current legislation dating from before the Second World War and only requires a high school diploma to work as an alternative physician.

Die Welt, the hand placed on the responses of the Government to questions put by the Bundestag on naturopaths. According to the German weekly Focus already make provision for stricter rules in a new law on health care.