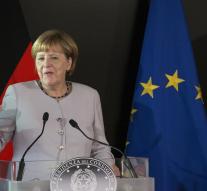 - The German government wants to explicitly distance themselves from the approval by the Bundestag of the genocide of Armenians in the waning days of the Ottoman Empire. In exchange for this assistance to the Turkish government grants to restore access to German troops in Turkey for German authorities, reports Spiegel.

The Government will further explain in so many words that it is not bound by the challenged resolution of parliament. Spokesman Steffen Seibert takes to task because Foreign Minister Frank-Walter Steinmeier thanked for the honor and substituting of Chancellor Angela Merkel would be interpreted as a bow to the Turkish President Recep Tayyip Erdogan.

The concession to Ankara is more a symbolic than a substantive change of course. The Merkel government had from the outset hinted that it was not a good idea, the recognition of the Armenian Genocide.