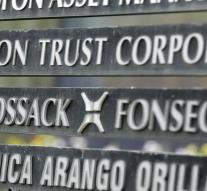 berlin - The German federal detective has bought the so-called Panama Papers. It concerns millions of documents from the internal administration of Panamese business service provider Mossack Fonseca, confirming sources around the German government on Tuesday.

The German police department reportedly pulled out 5 million euros for the purchase, among other things, to get tax deficiencies on track. The authorities, according to German media, would also be willing to share the data with other countries.

It is still unclear who sold the more than 11 million documents. The detective refused to disclose that. Rather, research journalists already handed over the leaked administration of Mossack Fonseca. They used the information for many disclosures about tax evasion through tax havens.