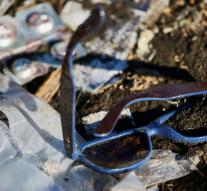 - A German agency that had promised a high reward for tips on disaster flight MH17 probably has no money and no relevant information. That the OM through the National Coordination Family Investigators MH17 informed to the relatives, reports the NOS.

The German detective agency Wifka had said in 2014 23 million are ready to have the golden tip. That money would have fallen through an intermediary in Wifka, but according to research by the Swiss authorities that the millions are not in the Swiss bank vault where Wifka was talking about.

Two sheets of paper with handwritten notes on it in the safe were not relevant to the investigation.