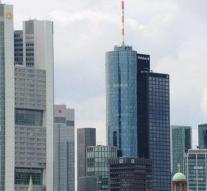 frankfurt - The German central bank allows scientific research to its Nazi past. The Bundesbank has two historians called in to investigate how former executives of the bank were connected with the Nazi regime and what was the role of the former Reichsbank in the Third Reich.

The initiative comes from Bundesbank President Jens Weidmann. Probably the investigation will take several years. It was previously known that even in the sixties a large part of the executives of the Central Bank has been a member of the Nazi party. The long-serving president of the Bundesbank, Karl Blessing, would have belonged to the circle of friends of SS leader Heinrich Himmler.

Incidentally lost many documents of the Reichsbank. Also, many German companies have hired historians to investigate their activities during the Nazi period.