Home / World / German activist in Turkey is not released 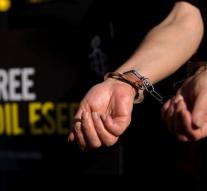 istanbul - German human rights activist Peter Steudtner is temporarily stuck in Turkey. The court in Istanbul ruled Friday that the suspicions against the activist are serious enough to hold him to his trial. Also, a Swedish and six arrested Turkish human rights activists are not yet at liberty, said lawyers of the suspects.

The prosecution of the German is a recurrent pain in the already bad relationship between Ankara and Berlin. Steudtner was arrested for the support of an armed terrorist organization together with the others. The German Foreign Minister mentioned that accusation rather obscene.