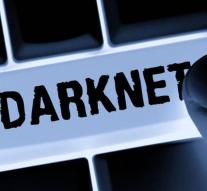 wiesbaden - The abuse suspicion that could be held after the German court published a picture of the victim appears to be a 24-year-old. He is from the family's environment.

The man, the native of Lower Saxony in the north-west of the country, is charged with abusing the four-year-old girl from October last year to July this year. Prosecutor Georg Ungefuk said Tuesday that the man 'is not unknown to the family. 'The suspect has confiscated items.