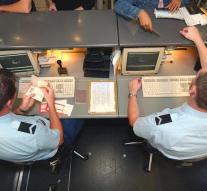 brussels/tbilisi - Residents of Georgia will soon be able to travel without visas to Europe. With biometric passports they may stay for ninety days every six months in the European Union, for example, a family visit. Working is not allowed.

The EU Member States have given here Monday in Brussels green light. Earlier this month the European Parliament voted already in there.

'Today is a historic day for Georgia,' said European Commissioner Dimitris Avramopoulos (Migration) in the Georgian capital Tbilisi. He pointed to the 'huge' reform efforts in Georgia who have made the decision.

The country of about 4.5 million people already lived longer meets the conditions. Especially Germany was due to cross Georgian criminal gangs operating in the country.

The visa waiver will probably end of March, together with a kind of emergency brake so that the visa can be reinstated within two months by abuse. This may for example when security risks, a large influx, many unjustified applications, or if a country does not cooperate to take back people. Member States Monday also agreed to this measure.

The next country to be exempted from visa requirements for the Schengen zone is expected to Ukraine, possibly in June. Turkey also insists on visa exemption but does not yet qualify, partly because it refuses to adapt certain anti-terrorism laws.