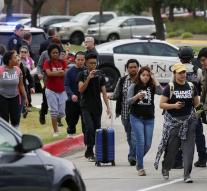 atlanta - Georgia's governor gave green light on Thursday (local time) for a law that allows weapons to be used on campuses of universities and other educational institutions in the US state. The measure is intended to improve the security situation.

Governor Nathan Deal stated in a statement that students make easy goals known that no firearms may be worn on campus. According to the governor, schutters know that their victims are defenseless.

Activists react verbally to the new law. 'Allowing weapons on campus puts students, educators and staff at risk. It probably leads to more murders and suicides on campus, 'said Laura Cutilletta of the organization Law Center to Prevent Gun Violence.