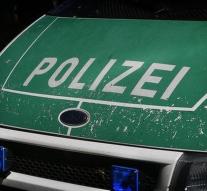 - The man in Georgensgmünd near Nuremberg in October opened fire on four officers, had his act phone chat contact with two senior police officials. That made the German police and the Public Prosecution Wednesday. The conscious commissioners are suspended. Their home and office were searched, computers and mobile phones confiscated.

The perpetrator, who calls himself 'rich citizen named, started shooting when the Bavarian police came to seize his weapons. Therefore, a policeman was killed. The 49-year-old gunman was a hunter, 31 rifles and pistols in his possession. There is no evidence that through his membership of the chat group with among others police was aware of the incident. But he knew his name was in the police records and that his arms and hunting license were revoked

Empire Burgers (Reichsbürger) are people who do not recognize the Federal Republic of Germany. They go out of the German Empire and its borders of 1937, when Hitler was in power. They reject democracy and often deny the Holocaust.