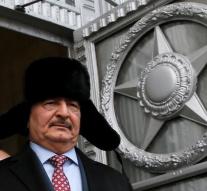 benghazi - Commander of the Libyan National Army (LNA) in eastern Libya has declared Wednesday that its troops after three years of armed struggle have full control over Benghazi, the second city of Libya.

'Your armed armed forces declare that Benghazi is free from terrorism, it is a complete liberation and a victory of dignity,' said Commander Khalifa Haftar of Armed Forces in eastern Libya during a speech on Libyan television. 'For Benghazi, a new era of security and peace begins. ''

Haftar began with 'Operation Dignity' in Benghazi in May 2014, promising to defeat the Islamists, which he held responsible for a series of assassinations and explosions. According to the LNA, the three-year struggle has cost more than five thousand soldiers lives.