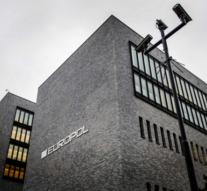 geleen - The European police force, Europol announced the dismantling of a gang allegedly smuggled approximately five hundred Somalis in Netherlands and other European countries. One of the main suspects come from Geleen, according to Europol. He was arrested under a European Arrest Warrant. Other suspects come from the French cities of Paris and Strasbourg Modane.

The gang during a joint operation in several countries off on 6 and 7 December, Europol writes in a press statement issued Friday. Earlier this year, all suspects arrested in Italy.

The gang is suspected of the five hundred Somalis by car, bus and train to have smuggled include the Netherlands, Belgium, France and Germany. Others traveled with forged travel documents by air from Africa through Asia to Europe. Police Limburg and the Rural Unit of the national police still say no to make a further announcement about the arrest in Geleen.