Home / World / Gaétan Dugas is not 'guilty' more on AIDS 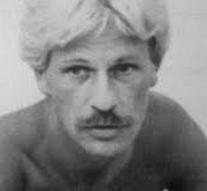 london - The Canadian Gaétan Dugas was considered more than thirty years as the man who had brought AIDS to the United States in 1982. 'Patient Zero' the doctors called him, a heavy stigma. However, new research has shown that the virus certainly circulated in North America since 1970.

It was not just the sexual activity of the gay steward Dugas who took care of spreading HIV. The virus had come from Africa to the Americas through the Caribbean, is in the leading British scientific journal Nature.

The evolutionary biologist Michael Worobey and his team at the University of Tucson in Arizona, investigated more than 2,000 blood plasma samples of gay men from 1978 and 1979. These were men who then showed testing for hepatitis B. There were all kinds of traces corresponding to HIV as it already circulating since the early seventies in Haiti.