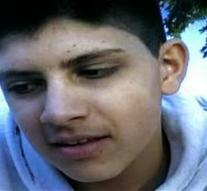 - Sixteen-year-old friend of the gunman who killed nine people Friday was released Monday in a shopping center in Munich. The investigating judge did not find it necessary to detain the boy any longer. The prosecutor had prompted because the teen allegedly knew of the murderous plans of the offender and failure to make declaration.

The two would have met each other last year in a psychiatric treatment. As the bomber would have, inter alia expressed his enthusiasm for the Norwegian mass murderer Anders Breivik. Soon after the massacre in Munich reported the sixteen to the police. During questioning discrepancies were discovered in his story. According to the public prosecutor, he had cleared between WhatsApp messages, but that could be recovered.