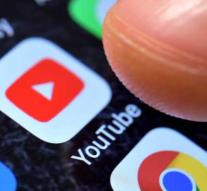 london - Everything is for sale, also channels on YouTube. One of the most viewed accounts on the platform, Little Baby Bum, has a new owner. The purchase price has not been announced, but analysts say to the Bloomberg news agency that it may be a few million euros.

Little Baby Bum places animated videos of children's songs. A few new movies are uploaded every week. One of them, a compilation, has been viewed 2.1 billion times in four years, making it one of the most popular YouTube videos ever. The account, created in 2011 by a British couple, is in the top ten most viewed channels on YouTube. It is about the same size as the channel of singer Justin Bieber.

The new owner is the studio Moonbug. It was set up by a few people who originate from Walt Disney, among others. The studio wants to make the step to 'old-fashioned' television with Little Baby Bum. There must also be series about the figures in the films. In addition, they want to place more videos per week.