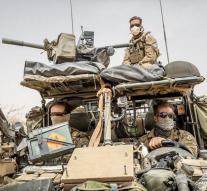 bamako - A French-Swiss aid worker was kidnapped Saturday in Mali's Gao. That confirmed a spokesman for the Ministry of Security.

It is not clear who is responsible for the kidnapping and what the motives are. Mali this year plagued by attacks by resurgent Islamist groups such as al Qaeda in the Islamic Maghreb (AQIM). Especially in the north of Mali, where is the city of Gao.

A local radio station in Gao reported that it is an employee of Aide Gao, a small nonprofit that helps malnourished children. The woman has been abducted by a group of men in a jeep.

The Government of Mali signed last year a peace declaration with religious armed groups but Islamic militants loyal to both al Qaeda and Islamic State (IS) fought through. They are held responsible for many attacks on Western targets in recent months.