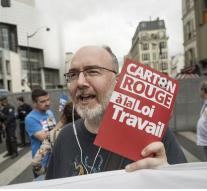 They have 24 hours to file a motion of censure against the government, otherwise the law is a fait accompli. The bill should make it easier to lay off workers and adopt. The new law led to three months of street protests and numerous strikes by the unions.