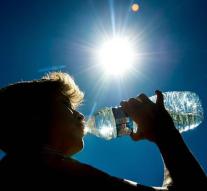 In total, nearly 100 million people are victims of a natural disaster in 2015, 92 percent were climate related. There were 32 major droughts in 2015; half times more than the year before.

2015 was also the year ever recorded the highest numbers of refugees. In total, in 2015 65.3 million people worldwide are forced to leave their homes. Nearly 41 million of these were displaced by conflict and violence. The number of people fleeing war or persecution is 6 people per minute increased in 2005 (ten years later) to 24 people per minute in 2015. Compared to a world population of 7.4 billion people is now 1 in every 113 people asylum seekers, internally displaced or refugees.