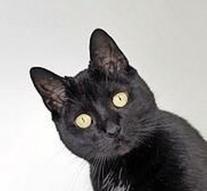 Local animal protection is flooded by messages about killed cats. The cat killings are therefore the conversation of the day. According to a village resident, no one trusts each other. 'There is a hateful atmosphere,' said the woman in the local newspaper La Depeche.

The French are not only afraid that their cat is next, there is also the fear that children will get into the poison. Whatever poison it goes, remains unclear.

The murder party began a month ago. Birds and rodents are poisoned.