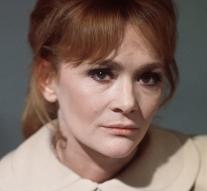 - The French actress Danièle Delorme is deceased at the age of 89 in Paris . She played in almost forty films for thirty years and was also active on the scene . This was reported by the French newspaper Le Figaro.

Delorme initially studied piano at the conservatory, but the Second World War threw a spanner in the works. During the war she took acting classes and in 1942 she started acting. Only after the war followed her breakthrough film.

She became internationally known for her role as Gigi , in the eponymous film of 1949. After that the film followed each other in rapid succession.

She played lead roles in major films such as Les Misérables and Voici le temps des assassins. She was until the mid-seventies also regularly found in stage productions. She played with all the greats of that time into pieces by famous writers such as Anouilh, Ionesco, Ibsen and Shaw.

Gradually she worked less as an actress and she concentrated on producing films, which she also was very successful.