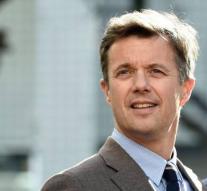 - The Danish prince Nikolai celebrated his eighteenth birthday Monday evening in style with a family dinner on board the royal ship Dannebrog, offered by his grandmother Queen Margrethe. That was docked in the Danish capital, Copenhagen, in the Amaliehaven, near the royal palace.

The whole royal family appeared in party dress- in tuxedo- at the ship on which the queen was already present. Grandpa Prince Henrik was the first to arrive. It was his first public performance since a hospitalization a few weeks ago, although the court had spread a picture of Henrik together with his grandchildren and dogs on Sunday. Henrik did not go down the stairs, but chose an easier way at the quayside.

The crown prince family arrived without crown prince Frederik who, after his Australian sailing adventure, traveled to Pyeongchang in South Korea for a meeting of the International Olympic Committee's Coordination Committee. In Pyeongchang, the Olympic Winter Games will be held next year.

Lastly, Nikolai's father, Prince Joachim, came with stepmother and step brother and sister, Princess Marie, Prince Henrik and Princess Athena, and his mother, Countess Alexandra, and his younger brother, Prince Felix. Willingly, this 'composite' family posed to the photographers. 'Nikolai has grown into childhood now, and I have gone from middle to middle age', Prince Joachim (48) noticed before boarding for the festive dinner.