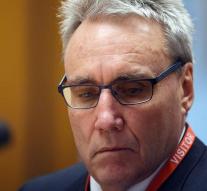 sydney - A head of the Australian tax service must be responsible for the court after his son was arrested on suspicion of fraud. Top officer Michael Cranston is suspected of abuse of office. He would have consulted computer systems from the tax office at his request, but did not know of his evil intentions.

The thirty-year-old son was arrested Wednesday in Bondi near Sydney. Together with eight friends, he would have compromised the Australian fiscal for about 110 million euros since 2016. The police struck in 28 places and confiscated over 100 bank accounts, more than 25 cars, two aircraft and twelve motorcycles. 10 million euros were also found in cash, firearms, jewelry, paintings and expensive wines.

Father Michael Cranston has been working for the Australian tax service for more than thirty years. Recently, he led a survey of hundreds of secret bank accounts of Australians in Switzerland.