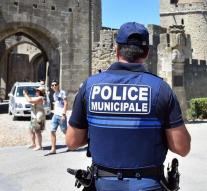 - The French police are searching for an Afghan asylum seeker who might have planned an attack in Paris. A photo of the man is distributed to all security forces, said a source in the police Thursday.

The authorities do not know how the man called and there is as yet no manhunt going on, the source said. According to the French version of the free daily newspaper Metro remains the man for two months in France.